Fifa has banned Yves Jean-Bart, the president of the Haiti Football Federation, from all football-related activities and fined him 1m Swiss francs (£827,000) after its ethics committee found him guilty of having abused his position and sexually harassed and abused female players, including minors.

Jean-Bart, known as “Dadou”, was first accused of coercing several players at the Fifa centre, the Centre Technique National in Croix-des-Bouquets, into having sex with him in an investigation published by the Guardian. Allegations were made by numerous sources involved with the centre, including alleged victims and their families.

Fifa, football’s world governing body, provisionally suspended the 73-year-old, for 90 days in May before extending his ban for another 90 days in August as the ethics committee continued its investigation.

That ban was due to expire on Sunday but in a statement on Friday Fifa said that Jean-Bart – the FHF president since 2000 and the most powerful figure in Haiti football – had been found to have violated Fifa’s code of ethics.

Fifpro – the worldwide representative organisation for professional players, which supported a number of those who faced abuse in Haiti – welcomed the verdict and paid tribute to “the extraordinary courage of the survivors, victims and witnesses who came forward to hold Jean-Bart to account”.

Fifa said in its statement: “The adjudicatory chamber of the independent Ethics Committee has found Yves Jean-Bart, the President of the Haitian Football Association (FHF) and former Fifa standing committee member, guilty of having abused his position and sexually harassed and abused various female players, including minors, in violation of the Fifa code of ethics.

“The aforementioned ethics proceedings are part of an extensive investigation concerning Mr Jean-Bart, as well as other officials within the FHF, who were identified as having allegedly been involved (as principals, accomplices or instigators) in acts of systematic sexual abuse against female football players between 2014 and 2020. The proceedings are still pending with respect to other FHF officials.

“ In its decision, the adjudicatory chamber found that Mr Jean-Bart had breached art. 23 (Protection of physical and mental integrity) and art. 25 (Abuse of position) of the Fifa Code of Ethics and sanctioned him with a life ban from all football-related activities (administrative, sports or any other) at both national and international level. In addition, a fine in the amount of CHF 1,000,000 has been imposed on Mr Jean-Bart.”

Jean-Bart’s spokesman said that the former president intended to appeal against Fifa’s decision to the court of arbitration for sport.

“Fifa’s decision is a travesty of justice and purely political move to avoid further controversy and bad press following a series of high-profile scandals,” he said in a statement to the Guardian. “Unlike the Haitian judicial system that properly investigated and cleared Dr Jean-Bart of any wrongdoing, Fifa failed to review actual evidence which is why Dr Jean-Bart expects to be fully exonerated and reinstated after appealing to the court of arbitration for sport.”

However, the United States embassy said on Twitter that it regretted “the Haitian government’s investigation did not result in charges”.

Jean-Bart is a former member of Fifa’s Council and was the Caribbean Football Union acting president from 2011 to 2012.

A series of articles published by the Guardian itemised allegations of abuse by Jean-Bart and revealed how alleged victims had received death threats since the claims were first reported.

Fifpro’s general secretary, Jonas Baer-Hoffmann, said: “This decision [by Fifa] is testament to the strength and bravery of the players who risked so much to protect future generations of girls and boys, defending their dignity and their right to play football free from abuse.

“We stand shoulder to shoulder with them, and all players who fight for justice. The footballing world owes these men and women a great debt and one which we must repay not only by seeing justice done in Haiti, but also by ensuring systemic change at the highest level.”

He added: “The lifetime ban of Jean-Bart can only be the start. We will continue to support Fifa’s investigations to ensure all those who abused their positions in Haiti are held to account.” 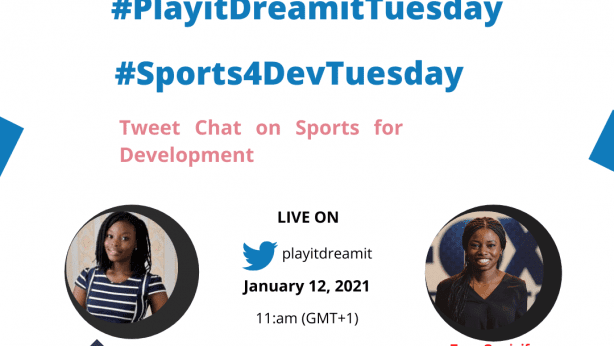 PlayitDreamitTuesday: The media and women sports 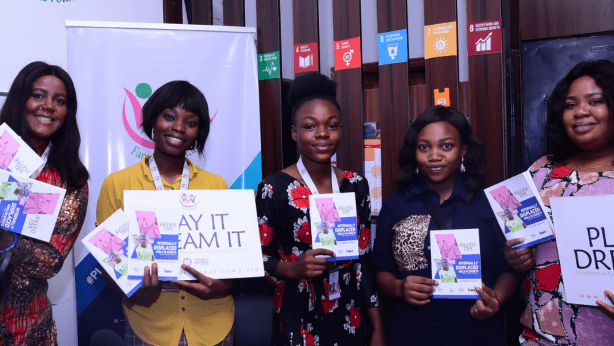 FAME Foundation, a Non-Governmental Organisation, NGO, has launched the first-ever...