By Anna Mambula
0 Comment
57 Views
As part of activities marking the 16-day global campaign against Gender-based Violence (GBV) in Ekiti State, Governor Kayode Fayemi on Wednesday, 25 November, 2020 inaugurated a new edifice to permanently serve as Sexual Assault Referral Centre (Moremi Clinic) for victims of GBV in the State.
Speaking at the inauguration of the Moremi Clinic situated within the premises of the Ekiti State University Teaching Hospital (EKSUTH) complex, Dr Fayemi explained that the inauguration of the referral Centre at a time the World was marking campaign against GBV speaks to his administration’s commitment to global best practices in the promotion and protection of women’s rights in the State.
The Moremi Clinic, which according to the Governor was the outcome of the efforts of the Ekiti State Gender-based Violence (GBV) Committee chaired by his wife, Erelu Bisi Fayemi, would provide free medical, legal and other supports that would guarantee justice and survivor of sexual violence victims.
In addition, Dr Fayemi said the clinic has a rapid response team, medical team, counselling team, legal team, police team and community outreach team as its component operational structure for effective service delivery to victims.
The Governor, who observed  that one in every three women would be raped, beaten and coerced into sex or abused in her lifetime, urged victims of sexual assaults to speak out and report to designated authorities. He noted that Ekiti had strong legal framework that protects and promotes the rights of women and the girl child in the State.
Fayemi said; “I am pleased to note that this event is taking place at the onset of the annual Global 16 Days Campaign Against Gender Based Violence that runs from November 25th-December 10th. This is another example of ways in which Ekiti is keen on demonstrating global best practices in the promotion and protection of the rights of women.
“Violence against women and girls is the most pervasive human rights abuse in the world, affecting every society, Ekiti state inclusive, and its negative impact is borne not only by the victim and her immediate family, but by the entire community.
”It is our duty to continue to seek out ways to support victims, which is why we are here today. The Moremi Clinic being commissioned today is  Ekiti State Sexual Assault Referral Centre (SARC), which is a free, one-stop, survivor-centred facility that prioritises the rights and needs of survivors of sexual violence, and is the outcome of efforts by the Ekiti State Gender-based Violence Management Committee – the body responsible for implementing the 2019 GBV Law in Ekiti State.
“The Moremi Clinic (Ekiti State Sexual Assault Referral Centre) will provide the following free services; Screening and preventive treatment for HIV and sexually transmitted infections, Collection and processing of forensic evidence, Support for going through the legal process, Providing a medico-legal report for diligent prosecution, Treatment and care of child victims of sexual abuse, Collection and management of relevant data, Counselling and psycho-social support, Information, support, and counselling for parents, family members, and partners, Education and information for community or professional groups. 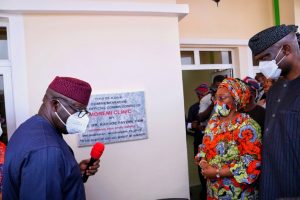 Earlier the Wife of the Governor and Chairperson, Ekiti State GBV Committee, Erelu Bisi Fayemi said the launch of the referral centre was in demonstration of Dr  Fayemi’s strong political will in tackling gender based pandemic in the State.
Mrs Fayemi who had on the 23rd of June commissioned a temporary site for Moremi Clinic said, “The woman and children and probably men who come here will enter this centre as victim, they will however leave as survivor because this place exist to provide a full range support to those who experienced various form of sexual  assaults.”
The Ekiti State First Lady also commended those who had been of support to the Gender Based Committee, particularly the late Barrister Seyi Ojo who was the Legal Counsel in the Ministry of Justice and Coordinator of the Gender and Vulnerable Persons Unit in the Office of the Wife of the Governor.
Also in his address, the Chief Medical Director of EKSUTH, Prof. Kayode Oyebanji disclosed that about 40 survivors of sexual assault had been successfully attended to since the inception of the clinic in June, 2020.
He explained that the medical team that formed parts of the referral centre was made up of Gynaecologists, paediatricians, psychiatrists, Nurses, Medical social workers and clinical psychologists to provide specialized and holistic care for survivor of sexual assaults.
The inauguration was witnessed by the Speaker, Ekiti State House of Assembly, Rt Hon Funminiyi Afuye; the state Attorney General and Commissioner for Justice, Hon Wale Fapounhunda; the state Commissioner for Women Affausr and Social development, Alhaja Mariam Ogunlade; members of the State Executive Council, members of the state House of Assembly, market women, civil society groups.
Source: The Gazelle News
Tags: #16Days Ekiti state GBV Moremi Clinic
Previous Story
16 Days of Activism against Gender-Based Violence.
Next Story
Katsina Assembly Passes Child Protection Bill into Law 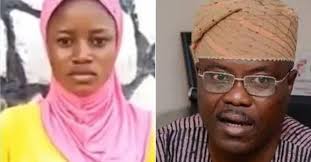 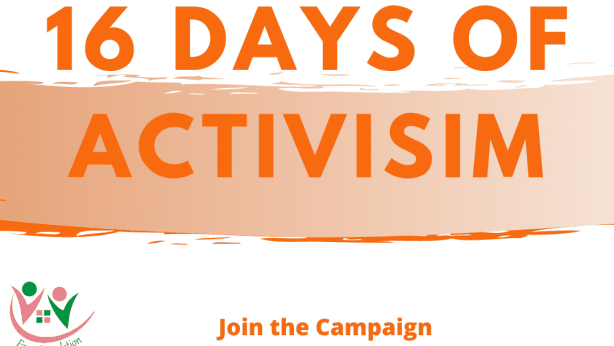 16 Days of Activism against Gender-Based Violence.

The 16 Days of Activism against Gender-Based Violence themed "Orange...