In 2015, the United Nations International Children’s Emergency Fund reported that one in four girls and one in 10 boys in Nigeria experience sexual violence before the age of 18.

In the same vein, findings from a national survey carried out in 2014 on Violence Against Children in Nigeria confirmed that one in four females reported experiencing sexual violence in childhood with approximately 70 per cent reporting more than one incident of sexual violence.

Meanwhile, the revelations have continued to generate debate and discourse amongst government, human rights, gender activists and stakeholders in the country, even as the criminal and penal codes of 1990 laws guiding rape justice in Nigeria has been faulted for being deficient.

It has been noted that the law defines rape as having unlawful carnal knowledge of a woman or girl without her consent, or with her consent if it was obtained by force or by means of intimidation.

Human rights, gender activists and stakeholders have argued that the law is not protective enough, arguing that the definition excludes other methods and orifices of penetration, save penile penetration of the vagina.

The Violence Against Persons (Prohibition) Act of 2015 (VAPPA) was enacted to close the cracks through which offenders escape justice.

While some people believe that progress has been made by various NGOs and human rights activists in curbing the trend, others are worried that most of the victims of these crimes do not get justice and perpetrators often suffer no consequences for their action.

Stand To End Rape (STER), the MIRABEL centre, Hands Off Initiative, Women At Risk International Foundation (WARIF) among others advocate against SGBV and have offered prevention mechanisms regarding the menace.

In June 2020, while reacting to the rape and murder of Barakat Bello in Ibadan, the Founder/President, Women of Integrity, Strategy and Excellence International, Barr Chinyere Maduka-Onwu, re-echoed the age-long advocacy of death sentence for rapists.

The human rights activist regretted that over the years, the full weight of the law had not been applied in rape cases and because of that the crime had become a recurring trend in the society.

She argued further that death sentence is the only way to deter people from committing the heinous crime.

Onwu said, “If capital punishment is being meted out to the perpetrators, it would go a very long way in deterring others who see girls and women as sex toys that they could use and discard at will.

“One of the reasons rapists escape justice is because the entire prosecution system is male-dominated and as such it doesn’t understand the level of devastation and dehumanization that victims of rape go through.

“The justice system for us needs serious overhauling in order to make it difficult for rapists to evade justice. Section 358 of the Criminal Code stated unequivocally that a person who commits rape is liable to imprisonment for life, with or without caning.”

Technology to the rescue

Despite collective efforts and endless campaign and advocacy embarked upon over the years reported cases have continued to rise.

Respite may have come following the National Human Rights Commission (NHRC) adoption and unveiling of a new mobile technology via mobile application tagged “Unsub Web” to fight the scourge as part of efforts to tackle SGBV in the country.

The application which was designed in collaboration with NHRC partners is aimed at coordinating responses for victims SGBV in Nigeria.

While giving insight on the technology at the launching ceremony of the web in Abuja last year, the Executive Secretary, NHRC, Tony Ojukwu, described rape and SGBV as global problems, staying that it required a coordinated national solution in order to make meaningful progress.

According to Ojukwu, the quest was in furtherance of the commission’s desire to have coordinated responses as it sought to end the scourge.

“Unsub is a cutting edge technology designed to support responders to cases of SGBV to work in sync with others and to also keep track of progress with the aid of technology, ” Ojukwu said.

He further stated that the commission had a dedicated staff strength in the 36 states of the federation and an automated 24 hours call centre with gender sensitive attendants that operationalises the Unsub platform.

“The Nigerian Communications Commission (NCC) has concluded arrangements with NHRC to include it as one of the response agencies in the National Emergency Communications Centre ( ECC), this will avail us the use of the 112- toll free number as an added number for reporting SGBV and other human rights abuses, ” he added.

Also speaking, Senator Opeyemi Bamidele, who represented the Senate President, Ahmad Lawan, reiterated that failure to be mindful of the rights of others is an invitation to social intervention through the appropriate legal framework.

He assured that the move would make methods of apprehension, resolution or management of the cases of SGBV in the country faster.

Speaking in the same vein, the Deputy Commissioner of Police, Force Gender Coordinator, DCP Margaret Ochalla, who represented the Inspector-General of Police, stated that the Nigeria Police Force had launched its Gender Policy in 2012 and established Gender units in various police commands across the country due to the prevalence of sexual violence and the need to tackle it.

She disclosed that the police had partnered with Ford Foundation on a two year sensitization and awareness program on preventing SGBV across the six- geopolitical zones in Nigeria.

In her remarks, the Representative of the Director-General, National Agency for the Prohibition of Trafficking Persons (NAPTIP), Oluwakeji Lebi, told the gathering that the agency had been creating awareness on the Violence Against Persons Prohibition Act( VAPP) and its capacity to act accordingly to redress violations.

Lebi said NAPTIP had rehabilitated and reintegrated SGBV victims and convicted a lot of criminals of such violence with the support among its partners and stakeholders.

“We in NAPTIP acknowledge the giant strides of the NHRC, CANs and key actors in coming up with the UNSUB application which makes reporting of cases of SGBV easily accessible,” she said.

She described SGBV as a major obstacle to the achievement of justice and a barrier to sustainable development, economic growth and lasting peace.

She observed that if women, girls, men and boys are not safe, they cannot participate in the development of the society.

Previous Story
Okonjo-Iweala’s sister gets huge honour in the US, becomes first black woman to win the award
Next Story
Hundreds of Nigerian schoolgirls released days after kidnapping 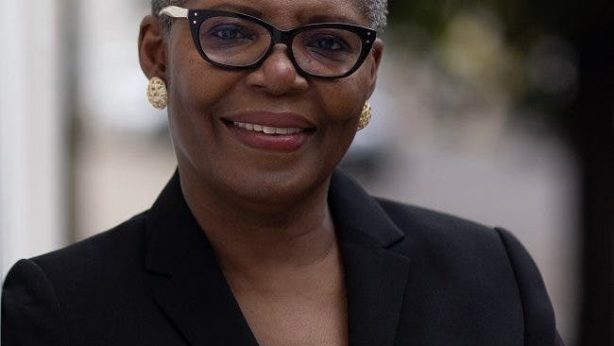 Olufunke Agbor SAN has emerged the first female President of...

President Muhammadu Buhari has approved the appointment of his Senior Adviser...