Aderonke Ogunleye-Bello is the executive director at FAME Foundation. She is a journalist of repute, gender rights advocate and a sport development enthusiast. She spoke with Samson Oti on why football is a unifying tool to communicate peace and reduce crime in Nigeria and how Odion Ighalo played major roles in sponsoring five girls to school on full scholarship and building initiatives to support the Nigeria communities.

As a journalist, how did you get into gender rights advocates? What inspires you?

Right from my childhood, I have always been involved in charitable work, it’s just in me naturally, and it’s something I am always happy to do at every point in time. Of course I don’t have a lot and I don’t have much but I always like to put smiles on people. It is part of my upbringing, part of what life has taught me and my personal experience. I have seen people going hungry; kids need education, finance and many more. Another thing that inspires me is that I see a lot of people who need help and they don’t know how to reach out, so setting up this agenda is to reach out to the less privileged people in the country. My inspiration is from the people that are less privileged and as a matter of fact I took it as personal responsibility to make a change in the life of girls and poor people.

Can you tell us about the program(s) your foundation run to motivate the needy?

Our foundation is strictly gender based, for women and girls. What we do is to formulate programs that are sustainable for women and girls. To empower abused, estranged and less privileged women and young girls with skills and education/counselling to fend for themselves and make a living. For example we have a program called PLAY It, Dream It, it is an initiative tool for the IDP girls in Abuja. We understand that the IDP camp gets support but we bring up this PLAY It Dream It as a means of using sports as a tool for development. And don’t forget that football is a unifying tool in Nigeria. We don’t educate through the means of religion but through what we find common that unite us as a nation, and that is football. Also we initiate another project for women in agriculture and women with disabilities. Like I said earlier, we have strategy-driven initiatives used to communicate as issues unfold. We run several campaigns against gender based violence.

How do you raise funds for these initiatives?

We get support from individuals, private companies, government agencies, international agencies and other people that are interested in what we do; talking about associates and friends. Also we get support from foreign organizations, some embassies also support us. We have been working with UN women, working with McArthur foundation, US Embassy, British High Commision and recently we started working with the Embassy of Switzerland. Yeah, it cannot be enough but we do appreciate every support that comes our ways. And whatever we have, we tried to channel it into appropriate places for the smooth and effective running of the foundation.

What are your goals for the next three to five years?

What do you think your beneficiaries would say is the best thing about FAME?

Yeah… that will be Inclusivity. We don’t discriminate against anybody both poor and rich. We treat everyone the same way.

With all your efforts to support the Nigeria communities, have you been supported by the government?

Yes we work with the Ministry of Science and Technology for our girls with disabilities. We work with the National Orientation Agency to create awareness to some grassroots communities.

What is the most memorable moment in your career as a journalist?

I have had so many memories. Whenever I look back at my Facebook and see those flashbacks I will start laughing be cause they are all wonderful memories both as a journalist and Director of FAME. I have many memories and I can’t really say one is peculiar to me. Each project, each step is memorable. When I step out to some camp, I always see the joy of people having me around them, I always feel comfortable putting smiles on the face of people. Every work, every initiative is very peculiar to me. I recall, in 2016 when the Super Falcons were not paid their dues when they won the African Women Cup of Nations, I led them on a protest to the National Assembly, and they were paid under 48hrs.

What are the initial challenges before FAME?

I have two major challenges; number one major challenge is changing people’s mindset. Changing peoples’ minds is really tough; it takes us time in letting them understand what we are bringing to them. And don’t forget the fact that ignorance is a disease. You have to be calm to change people’s culture and communicate with them in the language they can understand. And I can still tell you that it is still a challenge till today but we are overcoming it gradually and people can see that we are genuine and real in helping people in the communities. To change people’s mind from cultural and religious beliefs. Another one is the challenge of funds but we are overcoming such a stage as well because we have been able to prove ourselves over the years and have been seeking support.

What influences your work being a journalist?

You need to know that I am an investigative journalist and I take pride in that and I don’t like injustice, and I don’t like people being treated badly and that is why I write a lot about corruption in the sport sector as you are aware. So, as an investigative journalist, a former sports editor, online editor and managing editor, I am experienced and I love my job. I love journalism. I love to investigate scenes and get my facts right. I am proud of my success stories as a journalist and it’s paying off for me now. My intention is to let people do the right thing without compromise. My agenda is to let people know what’s good from bad because they may not know the difference between the two.

As a woman of many parts, what do you, personally, spend most of your time on?

Naturally, I am always occupied, I am a busy person but I don’t joke with family, priority is priority and my family is my priority. I am a family woman and I take my family seriously at every point in time. If I am not working, I am with my family.

There was a post of you and former Super Eagles striker Odion Ighalo sponsoring some girls on scholarships. Can you tell us more about the good gesture from the former Nigeria International?

In 2017, we built a campaign called One Girl One Pen which is an initiative of FAME foundation, we used One Girl One Pen as a tool to campaign against child brides in Nigeria and during this period reached out to people to help us get girls enrolled in schools and also give them scholarships. In the football circle, we were able to get Odion Ighalo who gave scholarships to five girls and Godfrey Oboabona who also gave scholarship to three girls respectively. It was actually a full scholarship that covers from school uniform to feeding, socks as well as stipends for means of transportation from their various homes to the school. We made it full in the sense that there won’t be any excuses from any of the girls to complain about transportation, because their villages could be far from the schools, so we make sure everything is intact for the scholarship package including school bags and books. I have to appreciate these great guys for what they have done to the girls.

How did you convince these players, especially Odion Ighalo, to believe in the initiative of sending girls to school on scholarship?

He’s a great guy that believes in what we do, he believes in our course for using sport as a tool for development in Nigeria communities. Being a sportsman, Ighalo knows that sport has a unifying power to preach for peace and when we are using this initiative to campaign Ighalo was supportive because he’s a natural giver as well. So it doesn’t really take much time to convince him for the scholarship, so also Godfrey Oboabona. 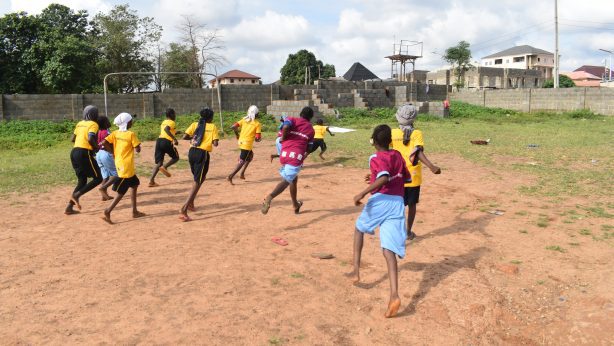 The future of sport and development must be inclusive of... 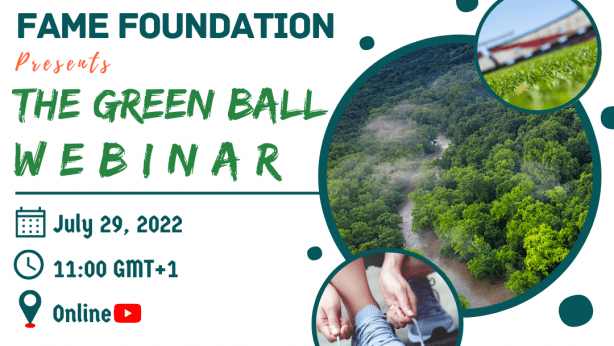 Global warming is placing our planet and future generations at...