A Nigerian father has been arrested for allegedly assaulting his daughter after she refused his sexual advances.

The man has since maliciously shaved her hair before he brutalized her with a wood.

The Nigerian father identified as Bamidele Aribanusi, has been accused of brutalizing his 11-year-old daughter for allegedly refusing his sexual advances in Ketu area of Lagos State.

It was gathered that the 60-year-old retired driver attacked the minor with a wood filled with nails on Sunday, May 30; after he sent her on an errand and she went to the wrong shop.

According to a source:

“This is not the first time he’s brutalizing her.

In fact, he beats her on a daily basis and the little girl just confirmed it to us today that he always puts his finger in her private part whenever no one is around.

The girl’s mother is dead and Mr Aribanusi, who’s her biological father is an alcoholic and a smoker.

Yesterday he used a wood filled with nails to hit her on her head. After he left the house, the neighbors took her to the hospital to treat the wound.

When he came back and saw her wound has been treated, he started hitting her again and locked her up in the house. He even stopped her from going to school today and from leaving the house, she can’t hear properly due to incessant abuse. Her refusal to his sexual demands is one of the major reasons he beats her up everytime” . 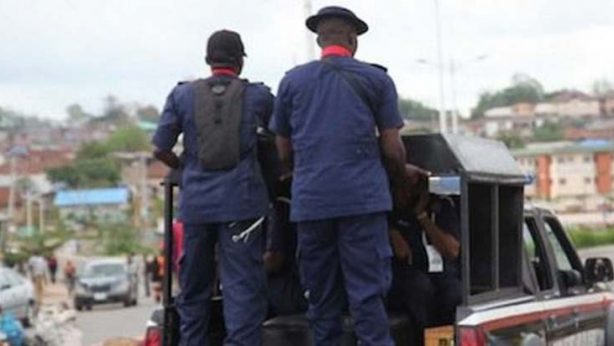 Fifa has banned Yves Jean-Bart, the president of the Haiti Football Federation,...