In September 2013, hundreds of single women led by Suwaiba Isa stormed the streets of Gusau, the capital of Zamfara State, protesting scarcity of husbands for more than 8,000 of them. A similar protest earlier planned by Hajiya Altine Abdullahi for widows and unmarried Kano women in August 2009 was averted by Kano State Government which quickly arranged mass wedding for 1,000 women in the state.

Reports say that 60 per cent of the non-indigene population in Gombe State is made of people from the Southwest part of the country, who the Oba of Yoruba in Gombe, Abdulrahim Alao Yusuf, said have been living in the area for more than 150 years.

At 35, Godiya Adamu is yet to find a husband; a situation she blamed on her inability to find a man who is serious about marriage.

“What would I do? I can’t force myself on men if they do not come,” she said, revealing that she had been in about five relationships without meaningful results before she eventually gave up. “As far as I am concerned, life continues with or without a husband,” she said.

On her part, Abigail, a mother of two, said she deliberately chose to be a single mother so that she might have peace of mind. “I live in my own house in this Gombe with my children. I am their mother and their father,” she said.

Abigail said she chose to be single because she could not play the second fiddle in a marriage.

She said: “I have friends who prefer that the man should not make their existence known to the wife at home and they are comfortable with it.

“What I want to say is that one should go for whatever will make one happy. There is nothing new again under the sun.

Esther, a 45-year-old single lady, said the new trend now is for ladies to go out of their state and culture to marry. “I was in a wedding where a pastor here in the North complained bitterly that Yoruba men are taking their girls away. He said when they marry them, they don’t stay in Gombe but take them to their part of the country.

“So I said why will this not be so because some of the young men that you see out there are into drug addiction, and who wants to marry a drug addict?

“The truth is many of them are not serious. It is not only men that are looking for decent and serious ladies, ladies too are also seeking decent men to marry, and that to me is scarce right now in this generation.”

For Amina, a Fulani woman, her problem was that she had education. She said she had discovered that many men in the North are reluctant to marry educated women. “Probably because they felt it might not be easy for them to have control over such a woman. So to me, the option is of course to remain single and be both the mother and father to my children.”

Rev. Adamu Dauda of ECWA Gospel Church Gombe said when he noticed that the situation was becoming alarming, he called for a meeting with all the youths in the church.

He said: “I lead a congregation of over 1,500 members out of which we have over 800 youths. During the meeting, we discovered that out of the 800 youths, 487 were not married, so I began to take the initiative to talk to them one on one. 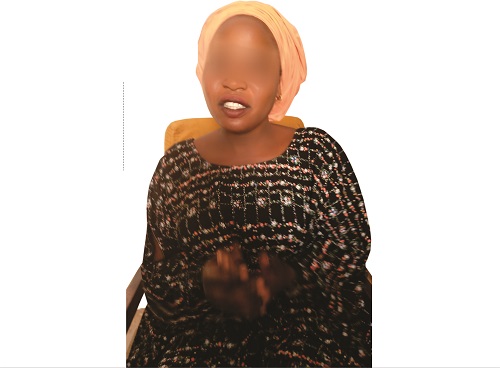 “The shocking discovery is that some of the ladies told me that nobody had proposed to them. Then I asked, did you not see anyone that you liked? Some said yes, but they could not go to the man because it is against African culture. That is the area we are now looking into.

“If a lady likes a man, why not go to the man herself? If that will give you better results, why not? Because I can tell you for sure that the church is already getting overwhelmed.”

Rev. Dauda also blamed the situation on the inability of many young men to use their hands to make ends meet because they are thinking of white collar jobs and other privileges that will come through the government.

He said: “You would believe me that the economy of our country is in serious problem. Many people are struggling. People would tell you that they have spent two or three days without cooking in their homes. In other words, they are looking for what to eat.

“They would come to the church and plead, and because we are one family, the church encourages giving and supporting one another.

“Today, most of our children, especially the boys, graduated and have nothing to do. When you ask them, they would say they are looking for government jobs. Many of them have failed to use their hands to make ends meet. They are thinking of white collar jobs and other privileges that will come through government but these are not forthcoming.

“Since they have no job, they have no means of taking care of wives. Many of them you can see walking on the streets with their files instead of taking vocational jobs where they can earn money and make themselves employers of labour.”

He said another reason for the delay in marriage for many men and women is modernization, which he said has led to trial marriage, which he said is directly opposite to African culture.

He said: “In those days, because you could not touch a woman before you married her, it encouraged a man to desire to marry. But what is happening today is not good for the ears at all.

“If they could try marriage before they get married then what would prompt them to want to marry again? Because what they are looking for in marriage, they can get it outside marriage.”

He also blamed some of the women for living care-free life. “Some of the women do not have self control, and if you do not have self control, somebody will come and get what he wants to get from you and find his way out. Then another person will come and it goes on like that in a vicious circle. At the end of the day you find out that nobody wants to marry you.

“Hardly will such a lady find a man to marry her, because even if a man is not decent and not faithful, he is looking for a faithful woman to marry. Once a man hears so much about you concerning indecency and other things, they will go away and not want to stay with such a woman.

“Another factor is on the side of the parents. Most parents do not want their daughter to marry until she attains a certain level of education. In those days, after secondary school, a girl can get married and then both husband and wife can go and struggle together and they will be whatever they want to be together. But today, the parents will say she will not marry until she obtains first degree.

“Another thing is that some parents also do select for their children, saying they should wait for a well established family with the hope that marriage with their daughter will get them out of poverty, and the lady will keep on waiting. Parents’ intervention in issues of marriage is causing a lot of problems.”

The Chief Imam of Government House Mosque in Gombe, Sheik Dr. Zakariya Hajiya, blamed the scarcity of husbands for women in the state on poverty. According to him, the huge expenses of marriage for men with regard to the bride, her family, mosques and churches have become a huge burden on them. He said the biting economic situation occasioned by the COVID-19 pandemic and the security challenges in the Northeast region have further worsened the situation.

He said: “The expenses on those things like dowry, clothes, necklaces, kitchen appliances, bed, television, refrigerator and other household appliances, which a would-be husband would provide for both the bride, her family and faith houses, are so huge for him.

“Another problem is the death of many men due to insurgency which have turned many women into widows and with children to cater for. The situation is further compounded by the huge number of widows of soldiers and policemen who died in the fight against insurgency in the Northeast.

“These women are also part of the society. Most of the time, men are victims of insurgency attacks, banditry, kidnapping and the rest. In fact, recently, men have become vulnerable and endangered species in our society as a result of these crises in different parts of the country.

“So, scarcity of husband, which leads to delay in marriages for women, is not limited to the Northeast; it is all over. And it is also not limited to women in Islam; it also affects Christians too.”

Another factor raised by Zakariya is the fact that most women of nowadays do not want to play the second fiddle or allow their husbands to marry another woman after them.

“This is another big problem, especially for polygamists. Some women even killed their husbands for marrying or trying to marry another woman. Yes, it is as bad as that, but it is a deviation from the teachings of Islam.

“Islam allows a man to marry as many as four wives. But these days, once you marry a woman, they hardly agreed for another woman to be married after them. Except you have a very strong hold on a woman, it could be very frustrating to put two or more of them under the same roof.

“Some, apart from trying to kill their husbands, even take him to court for divorce. It is as bad as that.”

He said the society is facing a huge problem in this regard now because the scarcity of husband is forcing many women into fornication, adultery and even prostitution in order to survive.

“Some of these women are even the ones approaching men now because they are looking for means of survival.”

He explained further that most women who prevent their husbands from marrying another woman have forgotten that they also have female children.

“Some of them even have as many as four, five or more daughters at home. If you marry one off and that one did not allow her husband to marry another woman, who will marry her sisters?” he asked.

This, according to him, is what many women who are against polygamy do not understand.

He said: “I am a teacher, and I know that girls in schools outnumber boys. It also means that the population of girls is more than boys.”

But the Statistician General of the Gombe State Bureau of Statistics, Hammed Gidado, would not agree with Sheik Zakariya. Gidado said there is no empirical statistics on ground to support the notion that there are more women than men and that is why there is scarcity of husbands or delayed marriage for women.

Safety Tips for Women and Girls

In today’s world, women can never be too careful about...

Christian Aid appoints first Director based outside the UK

Christian Aid has appointed its first director based outside the UK. ...