A source from the area disclosed that the majority of the women were carrying children when they were intercepted on Thursday by unknown gunmen who whisked them away to an unknown location.

“The incident happened when the women were on their way from Unguwar Rimi Village to Garin Maigora town to attend a wedding ceremony,” the source said, adding that almost all the women were carrying babies at the time they were abducted.

The source revealed however that one of the women was released together with her baby by the suspected bandits due to the health condition of the child.

A resident of the area, who expressed concerns over the incident, also disclosed that the security situation in the area had deteriorated due to increased bandits’ activities in recent time.

Similarly, unidentified gunmen attacked Tashar Bawa and Sayau Dangado villages around 10:15 am on Tuesday where they carted away many boxer motorcycles and mobile phones.

They however tried to kidnap some people at Sayau Dangado village but took to their heels when military vehicles arrived.

When contacted for confirmation, the Police spokesperson in Katsina, SP Isah Gambo, promised to make an inquiry into the matter before comment. (Daily Trust)

Hundreds of schoolgirls who were kidnapped at gunpoint from their... 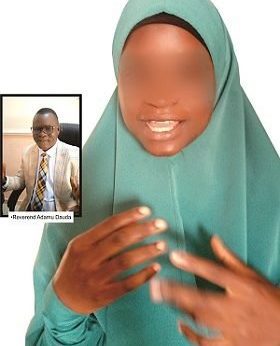 In September 2013, hundreds of single women led by Suwaiba...