Oladeji, made this disclosure while speaking with sunrisebulletin.com via phone call on Friday 26th February after Governor Makinde had reportedly assented the Violence Against Persons Prohibition Bill into law.

The only female lawmaker of the 9th assembly remarked that she was very passionate about making the law a reality in order to provide a balanced sense of legal protection for both men and women as well as both girl and boy child in the society.

According to the lawmaker, the new law named Violence Against Persons Prohibition (VAPP) Law will protect not only the women but also the men from any form of violence from women.

Oladeji, who is a two term lawmaker stressed the need to eschew all forms of violence against persons in order to reduce crime rates and also have violence reduced to its barest minimum using necessary legal framework.

Oladeji said: “this is one of my happiest moment as a lawmaker of the state assembly because of the Violence Against Persons Prohibition Law, otherwise called VAPP law, that has just been birthed by reason of Governor Makinde’s assent. 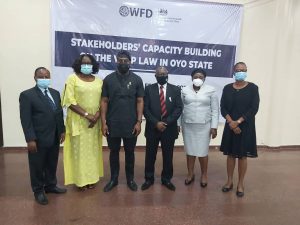 “The bill was actually cosponsored by the Speaker, Honorable Adebo Ogundoyin with support from Westminster Foundation for Democracy (WFD) because of the importance of the law to our society.

Sunrisebulletin.com gathered that the Westminster Foundation for Democracy, as part of efforts to empower lawmakers and key stakeholders including state and non state actors with necessary intellectual skills for both the pre and post legislative phases of the new law had organized a sensitization and capacity building programme on provisions of the Violance Against Persons Prohibition (VAPP) law in Oyo state.

Sunrisebulletin further gathered that the Speaker, Oyo state house of assembly, Hon. Ogundoyin, was remarks shortly after the WFD capacity building programme indicated that Governor Makinde confirmed assenting the bill to him when he paid him a visit in company of the sponsor of the VAPP bill, Hon Oladeji and the Chief Judge of Oyo state, Justice Muntar Abimbola.

Oladeji, explained that the next phase which is the first phase of the post legislative process after the Governor had assented the bill into law is to embark on aggressive sensitization and awareness campaigns across all mass media platforms which according to her include Television stations, radio stations, newspapers, and online news platforms to raise people’s consciousness about the new law.

Speaking on why she was so passionate about the law, Hon Oladeji explained that the motivation was born out of the need to give equal rights and balanced sense of legal protection to every persons.

She noted that despite the passage of the Child Rights laws 2006 and passage of the Violence Against Women law, many people both children and women still fall victim of various forms of assaults.

She maintained that the new law has captured protection for men alike and will provide succor to men who are often assaulted by women but have no legal means of securing protection.

She said “Despite the passage of the Child Right Laws 2006 and the passage of the Violence Against Women into law as well, thousands of children and women are still being molested and facing problems in the hands of their male counterparts and adults as well.

“I now took it upon myself to ensure that we have the Violence Against Persons bill passed into law in Oyo state. Violence against person law is all-encompassing, it tends to address the issues of women, men, boychild and girlchild.

“And due to the passion I have for women and the girl child, who are always at the receiving end, hence, the reason for coming up with the bill at least to be passed into law in Oyo state.

“We worked on it in conjunction with Westminster Foundation for Democracy (WFD) as well as the house of Assembly, the Executive Governor, Seyi Makinde is also doing good in these aspects.”

Oladeji, however, commended Governor Seyi Makinde for his prompt assent. She also lauded the Speaker, Ogundoyin, other lawmakers and the WFD for the support and encouragement that were put in to ensure that the law is birthed.

“I need to commend the Speaker for being he for her. He is a man that loves issues that affect women and girlchild, if not because of that, this bill would not have been allowed to see the light of the day.

“I also, commend the remaining members of the state assembly for giving open hands to enable this bill to see the light of the day.

“I have observed that there are laws protecting the children and laws protecting women but we have seen that it is not only women that are being assaulted. Many men are also going through a lot and being punished by their wives at home.

“But many of them can’t cry out and that was why we decided that whatever punishments are melted out to men for assaulting their women, the same should be done for the women that assault men.

“The law is so good that it bestows equal rights on both male and female under the law. And why that is coming up is that there are increased cases of rape among children.

“Often times, we have been having a report of issues of situations where women assault their husbands. Its been on for so many years, but the problems we have with so many men is that they don’t have the effrontery to make their voice heard.

“They don’t open up, so this law also tends to address all forms of violence against persons and when we say persons, we mean the boychild, girlchild, women and even men. So, the same punishment will be melted on men, women as well.”

“We have to collaborate with the Ministry of Women Affairs, and also the ministry of Information among other stakeholders. The information offered by this training will enable all stakeholders to be able to do more and we want to appeal to others to help us propagate the law.”

Tags: governor Makinde Oyo VAPP bill
Previous Story
BREAKING: Gunmen kidnap over 300 students in Zamfara girls school
Next Story
Okonjo-Iweala And Three Things We Can Do For The Nigerian Girl-Child 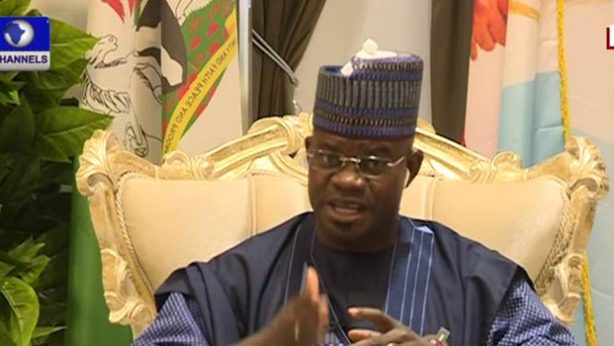 The Kogi State House of Assembly has passed into law... 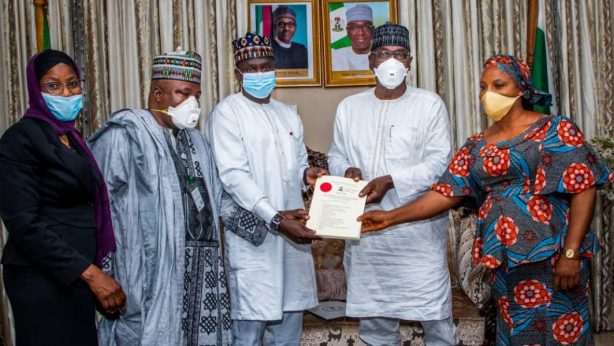 Kwara State governor AbdulRahman AbdulRazaq has signed the Violence Against...