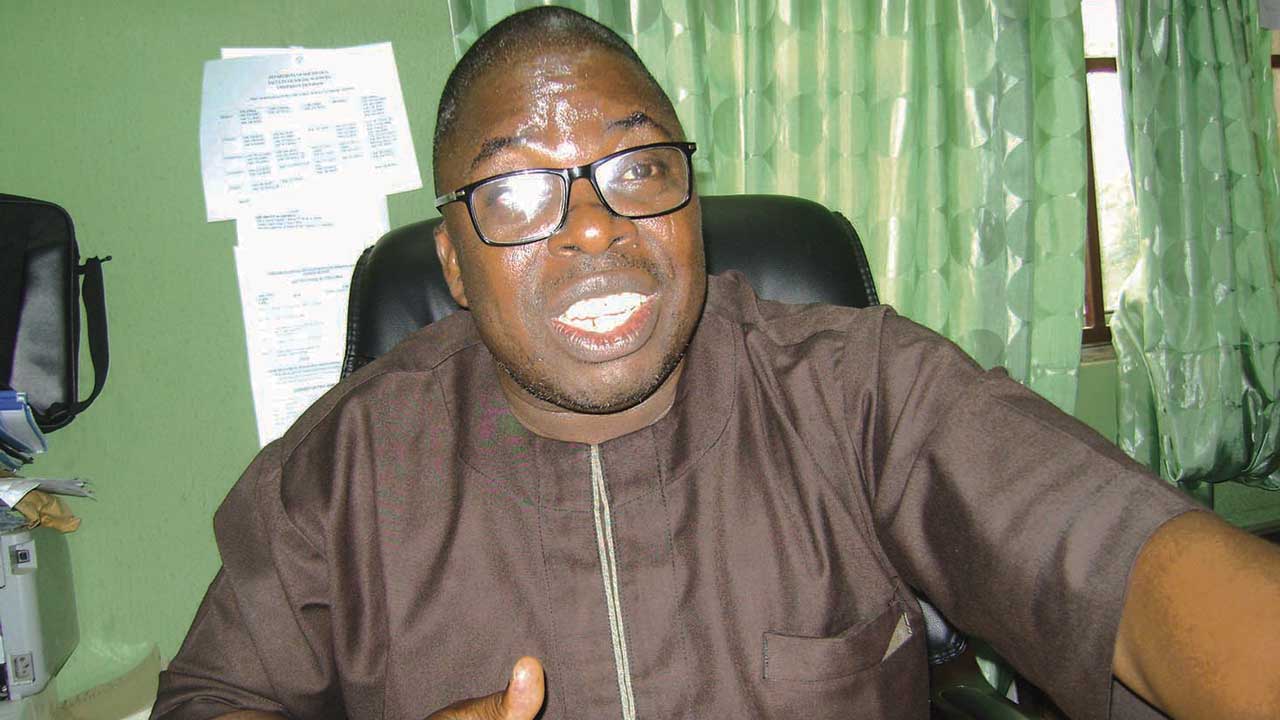 Dr. Pius Adejoh is a Senior Lecturer at the Department of Sociology, University of Lagos (UNILAG). He has consulted widely for several national and international bodies including the Ford Foundation, Nigeria, United Nations Population Fund (UNFPA) and the United Nations Development Programme (UNDP). In this interview with ONYEDIKA AGBEDO, he blames the increasing incidences of domestic violence in the country on economic pressure, socialisation and social media influences, among others, saying a holistic response is needed to deal with the problem.
There has been an upsurge in cases of domestic violence in the country lately. What do you think is the cause?
You and I know that never before in the history of Nigeria have we come under the kind of pressure we are experiencing now economically, socially and even psychologically. So, it is clear that you can use the rising cases of domestic violence as a measure of the amount of pressure that the average household is going through in today’s Nigeria. Economically, this cannot be said to be the best of times for Nigerians. In many homes you have people who are unemployed; many breadwinners are without jobs. The take home pay of those who are employed is not enough to meet the rising inflation in the country. So, there is possibility that that can impact on the level of tolerance and patience in the home.There is also the social pressure. The expectations of people about you and I are so high and there is this craze to meet all those expectations. Naturally, it would affect our patience level. So, everybody appears to be under pressure. It is not just in the home front; on the streets, you see the level of frustration and aggression that Nigerians exhibit. Nobody is patient to wait for the other person. So, I want to believe that the rising incidences of domestic violence cannot be taken away from the general pressure on the average Nigerian whether as husband or wife.Remember that violence is not only physical; it can be psychological; it can be emotional. And when all these pressures weigh down on you, you have a way of transferring aggression to the next person, who can be your husband, wife or children.The other thing that could be behind the rising cases of domestic violence in the country is that women are getting more liberated. Women are becoming more conscious of their rights; women are becoming financially empowered so that they are finding it difficult to submit totally to the patriarchal demands of their husbands. In the past, the man used to be the sole breadwinner; he had control over the means of production or livelihood, which was the land. The woman did not have access to land. Today, source of livelihood has moved from the land to other ways of surviving like formal employment and the like.
Some women earn better than their husbands; some women occupy higher positions than their husbands in the offices. Now, you still want such kinds of women to come and live under the control the African man who does not seem to realise that time has changed. African man still wants to be the African man by way of bossing over the wife forgetting that the realities of today are no longer exactly the same.

So, marriage is no longer a thing where you come and impose your will and expect a woman to obey. Now marriage has to be negotiated because the parties in the marriage can do actually without the other. The wife can do without the husband because she has a good job; she can take care of the children without the husband. Meanwhile, the husband still wants to be the lord as he used to be.

So, I will say the cases are rising because the man is refusing to change with the times. The man does not seem to recognise that the changed status of the woman requires that he has to come down from his high horse and negotiate his marriage. He still wants to be the patriarchal man, the African man. But then the woman herself is also finding it difficult to manage her new status as a financially empowered and enlightened woman. So, the woman has her issues; she has power and status now, which she is not able to manage well. That is why we are having greater incidences of violence, conflict and divorce in marriages.

Let me therefore add that we should not make domestic violence look like it is only women that are victims. Men are increasingly becoming victims of domestic violence. Men get denied sex; women don’t give them food when they should eat. Men suffer in silence but culture says they should not complain. That is why we don’t hear about such cases. Good enough, we are beginning to see non-governmental organisations that are focusing on domestic violence against men.

You have said that women are increasingly becoming financially empowered and independent while the man does not want to adjust to that reality. Don’t you think the problem has to do with the family background of couples? As you know, there are homes where the financial and social status of the wife far outweighs that of the husband, yet the marriage is in tact and thriving…
I agree with you. There is also the socialisation dimension. How did the man and the woman socialise? What are the values? Was the woman socialised to be submissive and to recognise the place of a man? Was the man also socialised to value the contributions of the woman to the family? Those are important.

But when we talk in terms of proportion, the proportion of families where women are the breadwinners and men have their preserved position is on the low side. Yes, there are women who regardless of their attainment in life still recognise the place of their husbands and their own place in the marriage. But there are many, who the moment they have all these privileges and powers, cannot manage to stay in a marriage. So, socialisation is important.

Religious belief is also important. If you are a good believer whether as a Christian or as a Muslim, whether as a man or as a woman, chances are that your religious beliefs will influence your relationship with your partner regardless of your economic and social status in society. But you know that again, many of us in Nigeria are religious in profession but this does not reflect in our character and attitude. Many of us go to the mosque and church on the respective worship days but we come back perhaps even worse than a pagan.

So, I will say that there are a number of variables we have to look at. One is the pressure I spoke about, two is the upbringing of the parties involved, and three is their religious belief. But above all, individual personality is also key.

Do you see a link between the upsurge in cases of domestic violence in the country and the pervasiveness of the internet and social media?
What we are seeing today is the invasion of our culture by outside cultures. Our culture has been eroded; our culture has been overwhelmed as it were. The dominant cultures now are the things we receive from the internet and the social media. The challenge again is that this country appears to be open and permissive of all manner of information.

In some countries, the kinds of information that get into the country are regulated. You don’t just throw your space open to every form of infiltration. But here, you can go to the internet and watch anything; nothing is censored. And I can assure you that the more you listen to a particular type of narrative, the more it becomes part of you. So, I agree that foreign influence via the social media and the mainstream media also have a major role to play.

I work in a setting where they will tell you about feminism. But the person who will teach the class on feminism will say ‘this is just for academic purposes, don’t take this to your home’. Many people take what they read from the media hook, line and sinker back to their marriages. So, it is partly what is affecting us. Nigeria must find a way to regulate what comes in to influence her cultures.

Both the Chinese and Japanese people are very careful about the cultures they accept. There are certain things they block when they know they will negatively influence their people. But here, we are open. We are neither Nigerians anymore nor White people. We are just like bats, having confusion all over. And this is affecting many marriages and homes.

There are laws against domestic violence in the country. How effective would you say the enforcement of these laws have been given the spate of cases?
Let’s go biblical now. A time was when God gave the Israelites the 10 commandments. Did the commandments succeed in keeping them from committing what they were not supposed to commit? There is an extent the laws can go. Now, there are laws against armed robbery. Have these laws stopped armed robbery? There are laws against banditry and terrorism. To what extent have these laws stopped these crimes? So, we can do more by looking at the social variables that create the problem.

So, while it is necessary to have laws, we need to go higher than that by looking at the factors in society that engender or promote domestic violence and begin to deal with them. Did we not have marriages in the past? What was the extent of domestic violence then? How did we deal with the issue then? Yes, times are changing but there are still things from our past that we can encourage now. So, it is a problem that requires not just one response but also a holistic response if we want to deal with it.

If you say that some old practices could still be valuable to marriages today, what advise do you have for modern day couples?
May be I belong to the old school but many of us are marrying for totally wrong reasons. And our approaches to marriage sometimes miss the point. People marry because they are under pressure to marry. People marry on the internet. Meanwhile, they hardly know the person, had not even seen the person or interacted well with him or her.

Churches encourage courtship. The idea of courtship is that if you have a close contact with somebody for six months, one year or two years, along the line you will be able to see certain traces that will suggest whether you will be able to live happily together or otherwise.

Marriage is a serious business. If you are going into marriage, you must be careful about your choice. You must know the person you want to marry very well. You must ensure that there is value agreement. There are certain values you stand for that you cannot compromise. So, you must make sure that your values agree with the values of the person you are getting into. 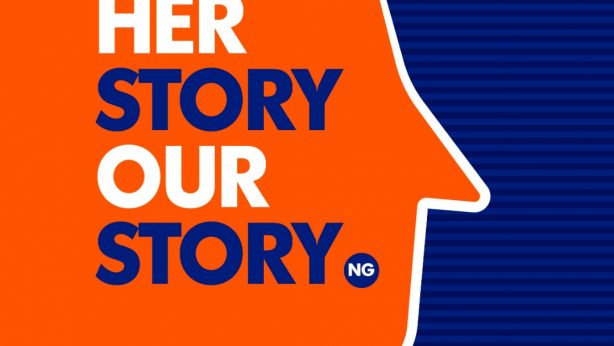 Sexual and gender-based violence has become so widespread in Nigeria... 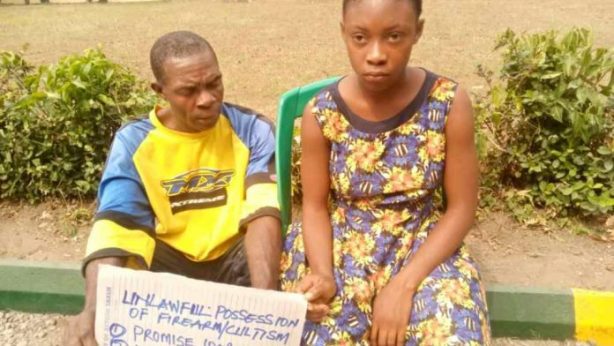