Dr. Sindy Zemura is a humanitarian, social entrepreneur and philanthropist with focus on empowering marginalized women, girls and youths. She holds degrees in Business Studies, Social Work, Public Governance and Administration. She also holds Master’s degrees in International Relations and Public Administration. In 2021, she was nominated for an honorary post- doctorate degree in Public Policy at the Nelson Mandela School of Public Governance at UCT. Zemura, a seasoned leader with over 12 years in international development programme as well as 15 years in the finance sector, is a consultant on gender equality, education, youth empowerment, ending gender-based violence, women peace and security, HIV awareness, poverty alleviation and Sustainable Development Goals (SDGs). Given her passion for these causes, Zemura is the Founding Chief Executive Officer (CEO) of the Southern Africa Embrace (SAE) Foundation, an international development charitable organization based In Toronto, Canada. The Foundation supports the well being of vulnerable women, children and youths in seven countries in Africa, focusing on gender equality, youth empowerment, education, HIV awareness and rural development. In addition to her work with the SAE Foundation, she also served at the Inaugural African Union Office of the Youth Envoy as Special Advisor and Team Lead – Intergenerational Dialogues between 2019 and 2021. Her voluntary work expanded, serving on the boards and networks of UN Women / AU (African Women Leaders Network); STOP TB Partnership; UNMGCY (United Nations Major Group for Children and Youth); Canadian Partnership for Women and Children’s Health (CanWach); Canadian Foundation for AIDS and Research (CANFAR); IAS (International ADIS Society) and Global AIDS Alliance, among others. Zemura’s passion for the security and empowerment of vulnerable persons has fetched her opportunities to moderate events as well as speak amongst and before diplomats, celebrities, politicians and other dignitaries globally. Amongst many of her recognitions, she has been named among Most Influential People of African Descent (MIPAD’s) 100 under 40 Influencers for 2017; Canada’s TOP 40 Immigrants 2018; Top 100 Canadian Black Women Leaders 2018 and Women of Influence Finalist 2018. She received recognition from the Duke of Sussex in 2018 for advancing HIV Awareness and youth empowerment in Africa; North America 2019 Global Business Award by the African Powerful Partnership Awards at CSW-UN and was named one of the 2019 ‘The Young Independents Top 100’ – Africans influencing policy, brands and people. In this interview, she shares her passion for empowering and supporting women and children in marginalised African communities.

How did you get your idea for Southern Africa Embrace (SAE) Foundation?
I always knew that I wanted to work with marginalized people. I was blessed to be born into a family that was well up. My father was a businessman and politician in the 70s, 80s and early 90s before he passed on. He had a big heart and one of service. He was a giver; he ran multiple charities and donated a lot to people nationwide and regionally within Southern Africa. In doing so, he ensured that as his children, he got us involved in volunteering in the charity work and took us with him to some of the rural and marginalized communities to give to the poor. I didn’t like it then as a child as I didn’t understand the depth of giving and what it does to those benefiting, but after his passing in 1993, I knew that I wanted to carry his legacy and what he had taught us to do and become. He instilled in us the spirit of Ubuntu (Togetherness), love and empathy for everyone. I used to dream that one day I would support millions of people around the world, help children to go to school and help to eradicate hunger and diseases. When I migrated from South Africa 23 years ago, I carried this dream and I kept hoping that the right time would come to launch it. I wanted to someday lead an international organization that will have impact on the continent by empowering less fortunate people. After I lived in Ireland, United Kingdom, the USA and then moved to Canada in 2005, I was introduced into a volunteer society that re-birthed the desire to establish my own organization with focus on eradicating poverty, gender-based violence and promoting education, HIV awareness and women empowerment through social and economic programme. SAE Foundation is a Toronto-based, Canada-registered international charitable organization with a United Nations ECOSOC – Special Consultative Status Accreditation. The organization was founded and incorporated in 2010 and is currently represented in seven countries across Southern Africa.

What was your mission at the outset?
SAE Foundation is committed to advocating, supporting, and promoting education, ending gender-based violence and promoting socioeconomic empowerment of marginalized youths and women.

What is the main goal of SAE?
The Foundation envisions a strong alliance of African communities that are educated, sustainable, self-reliant, prospering and empowered with open access to life potential opportunities. We envision to impact one million lives by 2030. 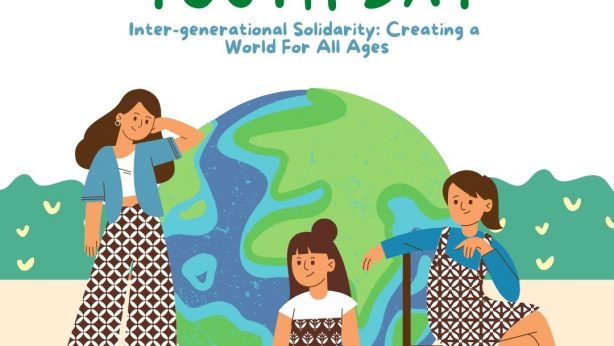