The impact of climate change is greatest in Nigeria and Africa, where emission is relatively low compared to the rest of the world. Severe climate dangers are current environmental problems faced by citizens of Nigeria, as 33 out of 36 states are drastically affected by floods.

Human activities have been the main driver of climate change, primarily due to burning fossil fuels like coal, oil, and gas. Citizens residing in specific locations, such as rural communities, refugee camps, slums, and underserved communities, are already at a higher risk from climate change. They are the most vulnerable to the effects of these damages because of the high illiteracy rate, poor governance, and little to no actions and policies to control climate change.

Aside from our health, our ability to generate food, safety, shelter, and employment is affected by climate change. Research predicts that between 2030 and 2050, hunger, malaria, diarrhea, and heat stress will be responsible for an additional 250000 deaths.

The impact of climate change on the environment and human lives has been destructive resulting in flooding, increased drought, hotter temperatures, storms, loss of lives, poverty, etc. Due to the negative effects of climate change, it has become a global concern to the world at large.

Climate change is one of the most pressing issues of our times, and sports can play a role in proffering solutions. Sports as a unifying tool to drive climate awareness and action among people. It is a social platform that can reach and influence millions of people worldwide and raise awareness of climate change, promoting practices in favor of climate action, advocating for sustainable behavior amongst the people, and appealing to the government for some favorable climate policies.

Billions of individuals are involved as spectators, practitioners, and facilitators in sporting events, hence sports can play a role in educating and raising awareness towards climate change and other environmental issues, including promoting a healthy, sustainable lifestyle.

Research shows that sports fans are receptive to the environmental initiative and participate in environmentally sustainable behaviors.

In light of the above, FAME Foundation, ahead of the COP27 Egpyt, organized the Green Ball Walk for Climate on Saturday, October 29, 2022.

The Green Ball Walk for Climate is one of the activities under the organization’s Green Ball Project, which is using sports as a tool to drive climate awareness and action. The project aligns with the UN Sports for Climate Action Framework and is targeted at contributing to the achievement 2015 Paris Climate Change Agreement,

The goal of the walk was to increase public awareness of lingering climate change issues and call global leaders and the Nigerian government to step up for climate.

Walk participants urged the Nigerian government to take immediate action to address the ongoing climate disaster affecting the nation and the COP27 delegates to examine the country’s climate situation and make decisions that will improve the climatic state of the country.

Sport is in a unique position to demonstrate leadership, assume responsibility for its carbon footprint, embark on a climate-neutral journey, encourage action outside of the athletic sector, and significantly raise awareness among its billions of spectators, organizers, and participants at all levels. 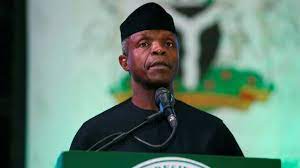 The Federal Government is set to pioneer a voluntary Carbon... 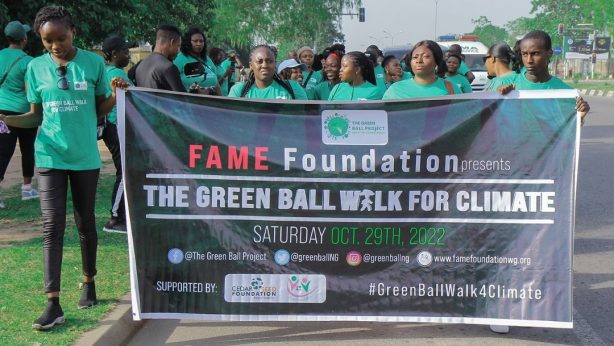