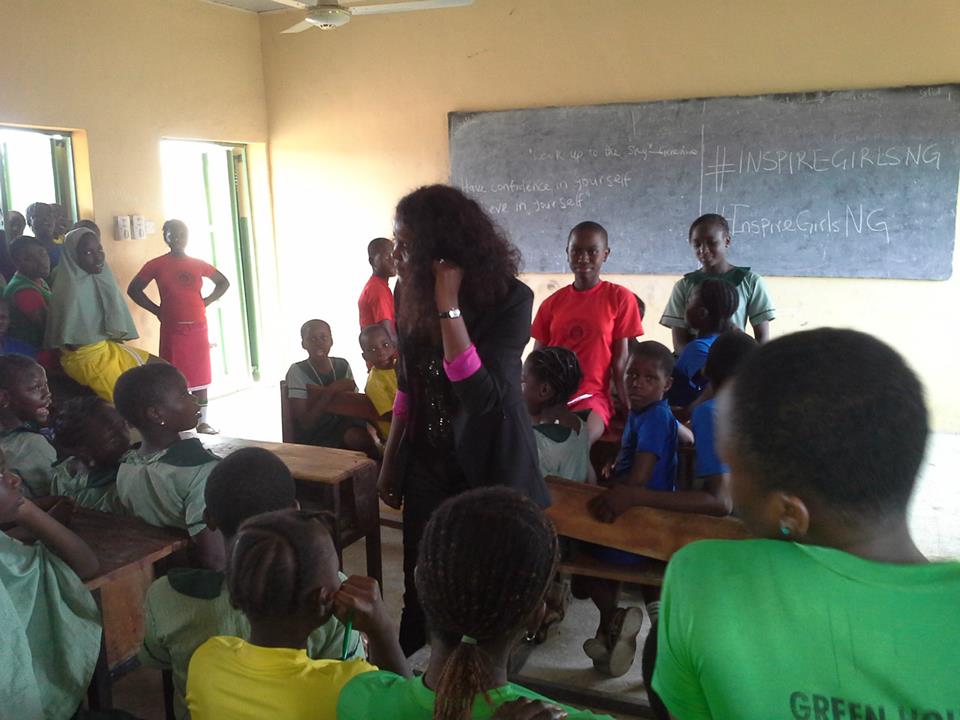 Inspire Girls Nigeria is an ongoing project under sport and development initiative in Nigeria focused on the use of sports as a tool to empower young girls and allow them grow into a better woman.
The Team comprises of three people and on Tuesday went all out to discuss with the young girls between ages 8 and 15, the girls were all excited to see the team, and about 150 girls were inspired at the school.
Local Education Authority School Utako, Abuja was visited amongst which donations like Football, skipping ropes, sanitary pads and books were donated to the girls on behalf of the team. It was an interactive session which was well over 1hr 45mins.
Mr. McCharles a Women’s football writer spoke to the girls about sports, he encouraged them to engage in sports events on a daily basis, he said “if you want to live a healthy life engage in sports, make sure that you do sports all the time, exercise, walk around, jog, at least 5 minutes of exercise will be okay per day.” Mr. McCharles said.
He went further to lecture them on their choice of sports, he said “it’s very important for you to be involved in not at least 1 sport, you shouldn’t be scared to engage in sports and recreational activities, Serena Williams is doing well she’s playing tennis, and other female athletes, you must choose a particular sport and make sure you’re very good at it by practicing and perfecting but not at the risk of your studies because education is very important.” He said.
He gave them a plan on how they can manage their time between sports time and study time. Questions were asked on which sports to do and at the end of the day most of the girls opted for swimming as their choice sports, few wants basketball, none of them wants to play football, Mr. McCharles then promised to schedule a physical training day for the girls, they were all happy and gave him a hug one after the other.
Ms Aderonke Ogunleye-Bello, project coordinator was the last to speak and she appraised self-confidence, hard work, self-esteem and smartness.
The already excited girls kept on ranting ‘I am a Girl and I am proud’ fanning themselves with their palms, the other arm akimbo and smiling, it took the effort of their head teacher to bring calmness and regain the full attention of the already inspired girls, Miss Aderonke told them not to look down on themselves just because they are a girl instead they should see themselves as the strongest of all the genders, she said.
“As a girl you should be bold, do not allow any boy in your class, or anywhere to subject you, you are the strongest of them all, you will become a woman and bring children, you will become a leader and even a president, don’t think low of yourself, you are the most beautiful creature created by God”.
Aderonke Ogunleye-Bello
The girls played football, some with the skipping rope while the rest engaged in Athletics after the interactive session. Group A won the football match, Patricia a 13 year old girl won the skipping competition while the oldest girl in the school, Ade won the athletics race.
Young Girls needs to be reminded all the time that they have a future, the female is not a weak gender and there cannot be a great man without a woman’s impact, through childbirth and/or normal training.
The aim is to inspire the girls and empower them, the team was able to achieve this and at the end of the day, we were able to realize that most female child from the northern part of Nigeria only wants to attain an age and get married without any future ambition, we were able to an extent convince them that they are also entitled to have a life and a career, 12 years old Zainab is preparing for marriage already, she said ‘when I am 14 years I will go and marry and start my own family, my husband will buy me clothes and give me food’
Previous Story
FAME FOUNDATION INSPIRES SCHOOL GIRL IN ABUJA
Next Story
International Womens Day 2015 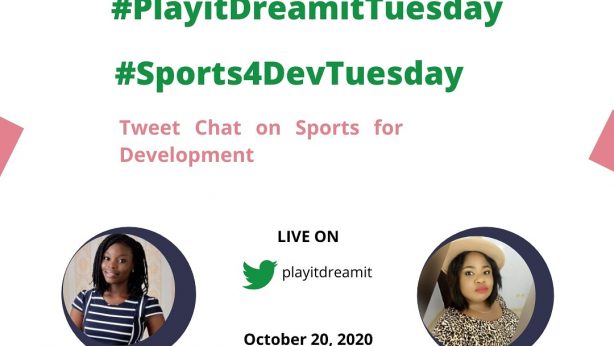 PlayitDreamitTuesday: "Volunteering : A tool for change".

On this week's  edition of PlayitDreamitTuesday, we had Miss. Folake... 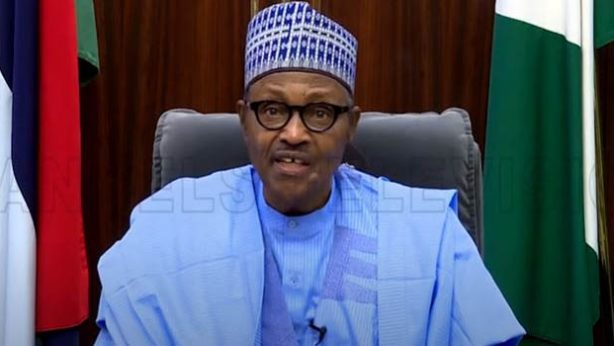 In solidarity with Nigerian women and children, President Buhari said...